“If all the beasts were gone, men would die from a great loneliness of spirit, for whatever happens to the beasts also happens to the man. All things are connected.” –Chief Seattle of the Suwamish Tribe, in a letter to President Franklin Pierce. It was 1989 when Dave du Toit had his first encounter with a baby Vervet monkey. He was helping out on his parents’ fruit farm in South Africa, when someone found an orphaned newborn Vervet monkey – its umbilical cord still attached, and so small it could fit in the palm of his hand. When he called the wildlife authorities, he was told the tiny creature was considered vermin, it was illegal to keep and that he should kill it with a shovel. “I was shocked and taken aback and of course it was not something I could do,” Dave said. And so the Vervet Monkey Foundation was born. As he researched the native monkey species, he found the available information was incomplete, contradictory, and very, very negative. “As with all wildlife the biggest problem is habitat destruction due to agricultural, residential, commercial and industrial development and not protecting habitats for them to live in,” he explained. But the little monkeys had more than just buildings to worry about: they were considered pests, they're killed for food, and they were illegal to keep. 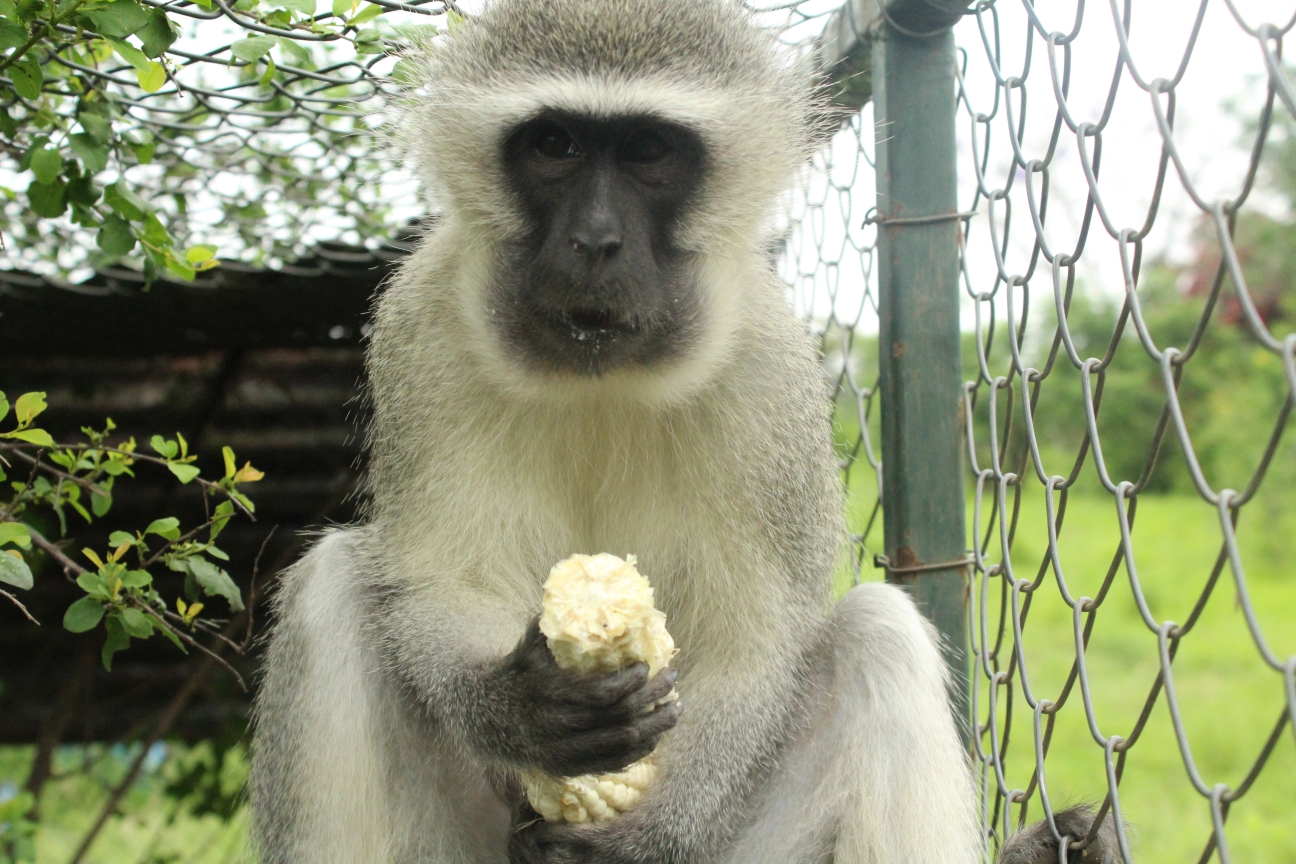 A resident at the sanctuary chowing down.

“People shoot them with air rifles in built up areas, maiming them or sometimes killing a mother leaving a baby orphan,” Dave said, adding “motor vehicle accidents are becoming a very worrying concern; a lot get knocked down crossing roads. They get shot at on farms when trying to get food.” An environmentalist and conservationist, Dave took it upon himself to develop a facility to care for the tiny monkeys, as well as a program to educate people about the little primates and offer suggestions for co-existence. And that’s what he has been doing for over two decades. “Our work involves going out to rescue injured animals, treating them and getting them back to their troops as soon as possible,” Dave said, “Giving little orphans a second chance at life, caring for them and introducing them to foster monkey mothers so they can live out their lives again in natural areas.” In addition to their work with the animals, members of the Vervet Monkey foundation give lectures on how to live with the animals, and they work to ensure the monkeys are no longer stigmatized as pests. A regular day at the Vervet Monkey Foundation begins at around 5 a.m., with volunteers going out to gather the ton of food needed each day to feed the primates. During the day, some workers will spend their mornings feeding baby monkeys, while others check up on the 500 animals staying at the sanctuary at any one time. Food is distributed for foraging, and fresh water is left out for the animals before everyone breaks for lunch. The afternoons are spent doing maintenance work, introducing new arrivals to the enclosure, or presenting orphaned babies to their foster monkey-mothers. “There is a lot going on everyday its very rewarding and fulfilling,” Dave said. 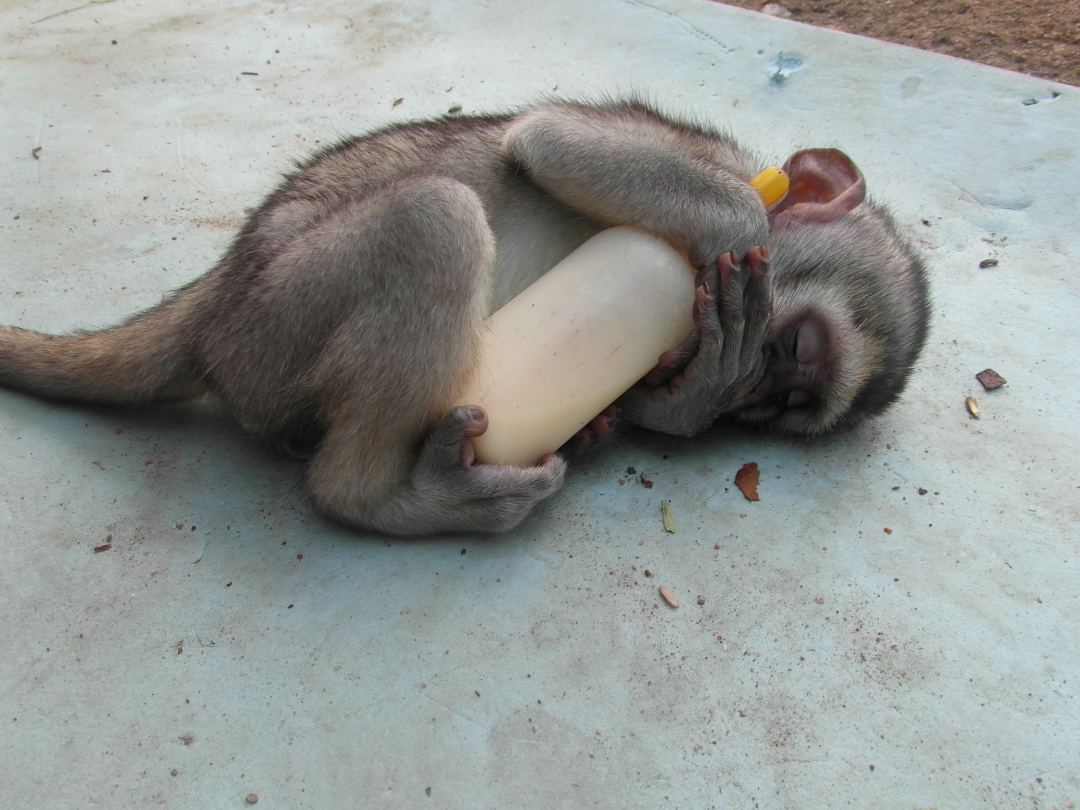 Baby Monkey Jada hugging her bottle as she naps.

While their goal with all of the monkeys they save is to quickly release them back into the wild, many orphans and former pets stay at the sanctuary long after they are rescued – where volunteers can make sure they have access to milk, and can teach the domesticated ones how to be monkeys again. The dream, Dave explained, is to one day be able to release all of the monkeys into a protected area. “We are busy with a big project called the Vervet Forest, where we’re getting volunteers, interested people and businesses to come up with a fundraising scheme to raise £1000 over a six-month period to help us acquire land for a trust, so that these animals will always have a place to call home.” The Vervet Monkey Foundation’s first website was created in 1996 – with the newer version launching just a few years later. “Having a website really helped our organization in being able to reach a wider audience and letting people know what was happening to primates in our country,” David said. “I only wish I had had the tools that are available today,” he said. “POWr apps would have made life so much easier and more interactive, there is actually no excuse today for not being able to reach out to your followers, keeping them up to date, and gathering the necessary information you need.” Visit the Vervet Monkey Foundation’s website and check out the videos below to learn about what you can do to support their hard work and how you can help care for and protect the adorable, fuzzy little primates.